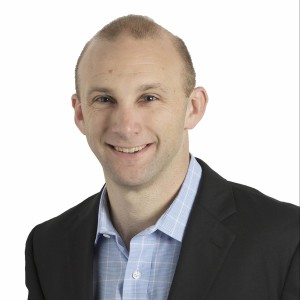 Thinking about moving to the United States for your business’s global expansion? The US has many states full of business opportunities, but the trick to smart global expansion is to look for a location that offers a business climate that matches your growth needs. Pay particular attention to key factors such as the state’s economic status, quality of the workforce, and industrial strength to help shorten your list of places for prospective expansion. The top US states for global expansion are Texas, Florida, California, and New York, so which of these can meet your growth needs?

Texas has become one of the hottest spots for business expansion and job creation. Leading the nation in population growth over the last 15 years, Texas has recently been one of the few states whose population grew as the nation’s growth rate slowed to its lowest in US history. Texas also now leads the nation in number of Fortune 500 companies. Tesla, Hewlett Packard Enterprise, and many more have uprooted their headquarters and moved shop to Texas.

With a gross state product (GSP) of $2.0 trillion, Texas is the 10th largest economy in the world. Top industries for the state include agriculture, aeronautics, defense, computer technology, energy, tourism, and entertainment. Texas offers a competitive edge with a combination of advantages that no other state can claim: low cost of living, no corporate or personal income tax, a highly skilled and diverse workforce, easy access to global markets, robust infrastructure, and a reasonable regulatory environment. After polling nearly 700 CEOs and business owners from every US state, Chief Executive again ranked Texas as the Best State for Business.

Close behind in second place for Best State for Business and population growth is Florida. Like Texas, Florida also has a business-friendly climate with its strong economy, zero personal income tax policy, large workforce, and fewer regulations. The state’s growing and diverse industries include tourism, advanced manufacturing, healthcare and life sciences, military and defense, financial services, and the hospitality industry. With a GSP of about $1.2 trillion, Florida is the fourth-largest economy in the US and among the world’s wealthiest nations. Florida’s business climate is stronger than ever before with its record number of visitors, low unemployment rates, and consistent job gains year after year.

With a GSP of $3.3 trillion, California has the largest sub-national economy in the world. Accounting for about one-fourth of California’s economy is trade and international-related commerce. The largest sectors for output are financial services, followed by trade, transportation, utilities, education and health services, government, and manufacturing. California is the most populous state and has an unemployment rate of 7.3% as of October 2021. While the tax regulation policies in California are not as appealing as in Texas and Florida, the state has fantastic infrastructural support that could meet your needs — one of the most active international cargo airports, a thriving green energy program, and a wide variety of business incentives.

The state of New York’s gross state product in 2021 was $1.9 trillion, ranking third in size behind the larger states of California and Texas. However, at the same time, the multi-state, New York City metro area produced a gross metropolitan product (GMP) of $2.0 trillion mostly through finance, real estate, high technology, insurance, and healthcare. The state, though, has a large manufacturing sector, and some industries are concentrated in upstate locations, such as ceramics, glass, microchips, and nanotechnology. New York’s state taxes and unemployment rates are lower than California’s, but, if in New York City, there is additional income tax and higher unemployment.

In both the state and city of New York, private sector job growth has been higher than the national average. People who choose to expand or move their business to New York do so for industry-specific opportunities that negate the higher taxes.

Each of these four states offer growth opportunities that rival most world economies, but not each state is perfect for your particular global expansion needs. Going global and expanding into the US requires thorough investigation and expert forethought.

Contact a consulting firm that has experience with expanding businesses like yours and together you can lay down a navigable plan of action towards success.