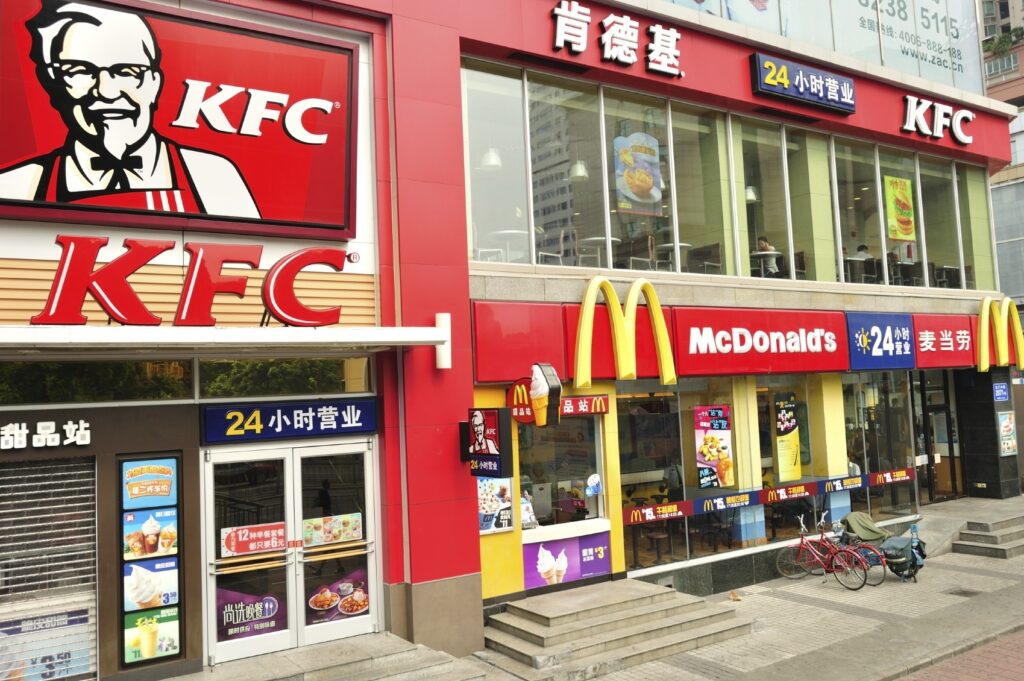 In an increasingly global marketplace, brands and businesses in Europe continue to actively seek expansion in emerging economies.   The potential for new business growth by branding into a new foreign country (depending on the product or service) is well worth the investment. North American businesses (both corporate and medium sized entities) are eyeing opportunities in Europe and Asia and middle eastern countries.

What Sort of Brands Are Expanding Abroad?

For North American businesses (including software and technology, and retail consumer goods) the demand for North American styled products continues to grow, particularly in countries where consumer affluence is on the rise.  Recent examples of North American retailers include Macy’s, and of course, international food chains such as McDonald’s.     Larger brands like Nestle began exploring foreign markets in Africa in the 1970’s and the American retailer Bloomingdales opened its first store in Dubai under licensing arrangement with the Al Tayer Group, a luxury store management team with labels including Dolce & Gabbana and Jimmy Choo in 2010.

But it is not only the larger retail or restaurant brands that are actively expanding into new markets.  According to the U.S. Census Bureau, small companies (fewer than 500 employees) comprised 97% of the American export business in 2012 (294,589 companies).  Approximately fifty percent of the businesses were manufacturers or wholesalers, and a large portion of them were technology, consulting or service oriented.

What to Consider Before Planning an Expansion

Identifying markets that have the resources that a business needs (materials, transportation and logistics or consumer demand) are only part of the criteria that predict a successful global expansion. Marketing and sales teams are excellent at identifying the potential revenue and cost analysis, but it is often the cultural and political obstacles that undermine an international business growth strategy.

With the potential for high reward comes risk, and this is true for businesses of all sizes, from small niche brands to large corporations.   If marketing a consumer good, consider that some cultures are very receptive to foreign products and lifestyle branding, particularly if it emanates from a more developed and affluent country.

However, in some countries, political and cultural climates are not innately receptive to foreign brands, which requires some compromise.  An excellent case in point was the expansion of McDonald’s Restaurants into France.  French consumers demanded that McDonald’s serve wine (even though it was not offered anywhere else in the world by the franchise).   French consumers did not embrace eating at the restaurant until several cultural accommodations were made to the menu, which made the restaurant up to the discriminating expectations of its customers.

No brand or business, large or small is immune to miscalculating the critical success factors of a global expansion.  In 2014, Forbes Magazine reported that expansion in Mexico, China and Brazil were not meeting benchmarks.  The Americanized retail model failed to resonate with the same popularity as it had in Canada and the United States, with most consumers in China remaining loyal to a domestic retail chain called Sun-Art.

China by far represents one of the fastest growing economies in the world.  However, businesses that seek to expand into China face a number of legal and proprietary economic constraints that make it difficult to be successful for most foreign brands or services who attempt to penetrate the market.

In 2015, The World Bank ranked China in 90th place (out of a total of 189 countries evaluated) in the “Ease of Doing Business Report”.   While the report indicated that China had improved policy and opportunities for foreign business development (they increased their ranking by three since 2014), the increasing affluence of the average Chinese consumer is placing substantial pressure on the minimum wage for workers.

Most businesses in China reported an 8-15% increase in wage for workers, and a shorted of skilled labor to meet domestic demands, which is of great concern to foreign business.   Internet censorship and poor protection of patents and intellectual property in the country are also discouraging to businesses who wish to expand to China, without compromising the integrity of their unique ideas or product designs.

For many manufacturers and wholesalers, expansion into foreign countries not only represents the opportunity for brand expansion, but also access to affordable resources and raw materials required for production.

If selling a product to the European market, the cost of shipping and logistics can be dramatically reduced by establishing an FOB closer to your international market.  However, location may not offset the cost of shipping, depending on the import, export and tax laws.  Policy and regulations for foreign owned businesses can be punitive and subject to more obstacles than those applied to domestic businesses, including non-competition policies.

Emerging markets are more informed about of the finite supply of natural resources.  The price for raw materials may vary dramatically depending on market conditions, and on supply and demand.   Access to certain non-renewable resources can be more tightly legislated in other countries, limiting access for manufacturers.  Cost trends and long-term supply analyses should be conducted, along with policy and legislative review.

Business and brands have relied on reesmarx consulting and global expansion support services to mitigate transitional obstacles.  Our team features staffing, technology, marketing, management and financial service professionals in every major growth market.   Contact us for more information on our international business consulting and recruiting services.