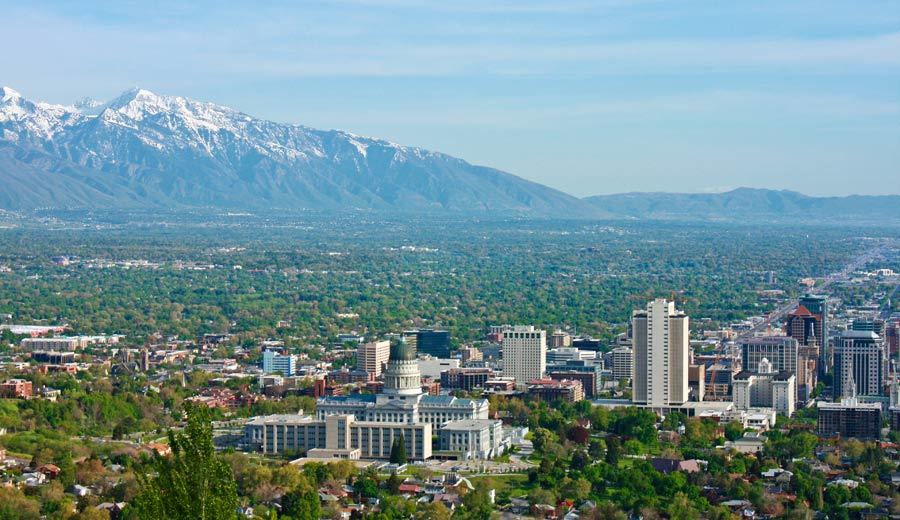 New American Tech Hub’s You May Not Have Heard Of

The technology industry is proving that the ‘perfect storm’ of business growth can happen anywhere, and increasingly outside of Silicon Valley.

One clear sign of economic recovery, is the proliferation of new technology hubs across America, as the engines of the new start-up global economy fire up to full capacity.  Technology demand is impacting virtually every industry, from consumer products to healthcare, cyber security and software.

In the United States, new research demonstrates that the “dynamism gap between large cities and the rest of the country is narrowing.”  According to one source, 50% of new start-ups in America were located external to the top 35 traditional metropolitan cities, known for tech industry. In 1998, only one-fifth of technology companies were located outside of established tech hubs.

For rapid growth, companies are exiting larger urban cities and offering incentives including the lower cost of living that can be provided in smaller locations.   Technology companies are also offered more robust incentives to draw them into smaller urban and sometimes suburban centers. Following this trend, we picked five innovative technology hubs that you may not have heard of, and discuss why they are drawing new business and investment.

A ten-hour drive from Silicon Valley, Phoenix has enjoyed explosive growth in the tech scene. Part of the growth is attributed to growing costs of living and housing prices closer to Silicon Valley, making Phoenix a more affordable and practical place for technology professionals to live.   The city has experienced an 18.6% growth in skilled technology jobs from 2010 to 2015, according to Fortune Magazine associate editor, Anne VanderMey.

Companies like Uber, Yelp and Shutterfly have already opened new headquarters in Phoenix, and venture capital firms have invested $332 million since 2009, with another $834 million from 2012 to 2014 in funded projects.

Everyone loves a good come-back story, and the revitalization of Detroit Michigan is inspirational, as it emerges to become one of the newest and highest growth tech hubs in the United States.  Historically recognized as the “Motor City” of America, the evolving research and technology for smart cars, and eco-friendly renewable automotive design, is leading the way to draw talent and innovation from around the world.

Self-driving or autonomous vehicles (AV), have manufacturers of electric and battery technologies for green cars responding to consumer demand, as the world moves away from reliance on fossil fuels. The North American International Auto Show (NAIAS) just finished its 97th automotive exhibition, showcasing design and engineering advancements in the industry.

Prior to Hurricane Katrina, the city of New Orleans, Louisiana experienced a ‘brain drain’ as qualified tech workers and entrepreneurs migrated to Seattle and other more dominant technology hubs.  Interestingly it was the devastating storm and the spirit of rebuilding, that had many career professionals return to Louisiana, including tech talent.

Acquired by Adobe in 1999 for $1.8 billion dollars, Omniture was the first major success story in technology, that put Utah on the map, in terms of the tech industry. In the past decade, Provo Utah has continued to develop as a tech hub and start-up incubator, with many companies worth a minimum of $1 billion dollars established within the business community.   Adobe opened a 680,000-square foot office, and eBay opened a 241,000-square foot office, with 1,800 full-time employees.

Low taxes and affordable real estate, as well as a steady supply of talented engineering and software graduates from notable Universities including Brigham Young, Utah State, and the University of Utah make it easier for growing start-ups to acquire staff.   In 2015, the area attracted $732 million dollars in investment deals, according to the U.S. National Venture Capital Association.

Thanks to the annual ‘Dig South’ convention, which gathers the brightest and biggest tech talents across America, North Carolina has positioned itself as an emerging technology hub worth paying attention to.   The 2015 event gathered experts from Google, Instagram, Twitter, TechCrunch, Inc. Magazine and BuzzFeed to name a few.

Successfully technology hubs are built from a variety of essential elements, including affordable cost of living, lower business taxes, the availability of land for business construction, and municipal governance that provides incentives and support for start-ups to grow. The driving spirit of the start-up community is to gather great minds and resources, to create something new, in demand, and innovative.  The technology industry is proving that the ‘perfect storm’ of business growth can happen anywhere, and increasingly outside of Silicon Valley.